Many taxpayer friendly tax rules expired on December 31, 2013. Some of these rules have been in effect for years.  When favorable provisions expire, Congress will usually act to extend the provisions.  Even though 2014 is coming to a close, it is still uncertain whether these tax rules will be extended into 2014 and beyond by Congress and the President.

Many of the provisions below were originally set to expire in 2011, but were extended through 2013 by the 2012 Taxpayer Relief Act. This Act was passed in early 2013, and because of its retroactive effect, the 2013 tax season was off to a late start because tax forms had to be updated, and the IRS had to program its computer systems to handle the changes in the law.

Many business groups have spoken out about how extension of these tax provisions into 2014 and later is “critically important to U.S. jobs and the broader economy.” IRS Commissioner John Koskinen has also stated that late enactment of a law extending these tax provisions will lead to a late start in the upcoming tax filing season, and it could cause many taxpayers to file amended returns if they happen to file their tax returns before Congress extends these tax provisions.

The expired provisions for individuals include:

The expired business provisions include:

The expired charitable provisions include:

The expired energy provisions include:

When a taxpayer pays lodging expenses for local travel, the expenses are generally not deductible because they are considered personal expenses.

The IRS has provided a safe harbor rule, and local lodging expenses will be treated as ordinary and necessary business expenses if all of the following requirements are met:

The above requirements are a safe harbor, local lodging expenses may still be deductible if the facts and circumstances indicate the expenses were incurred for a trade or business.

Example:  Employer conducts a four-day training session for its employees at a local hotel.  Employer requires all employees to stay at the hotel to facilitate the training.  Employer pays the costs of lodging directly to the hotel and does not treat the value of the hotel stay as compensation to the employees.

Example:  Same facts as above, except that the training lasts seven days.  Now the safe harbor is not meet because the period lasted longer than five days.  However, the local lodging expenses will still meet the facts and circumstances test because the training is a bona fide requirement of employment and the employer has a noncompensatory business purpose for the lodging expenses.  Employer is not paying the expenses primarily to provide a personal benefit to the employees, and the lodging Employer provides is not lavish or extravagant.

Example:  Employer requires an employee to be “on duty” each night to respond quickly to emergencies that may occur outside of normal working hours.  Employees who work daytime hours each serve a “duty shift” once per month to respond to emergencies (which occur regularly).  Employer has no sleeping facilities, so employer pays for a nearby hotel room where the duty shift employee sleeps.

The duty shift is a bona fide condition or requirement of employment and Employer has a noncompensatory purpose for paying the lodging expenses.  Employer is not providing the lodging for the employee’s personal benefit, and the lodging is not extravagant. 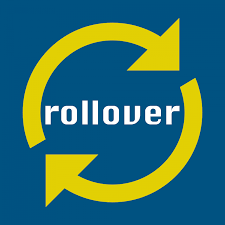 known as a trustee-to-trustee transfer.  You can also take a distribution from an IRA and, within 60 days, transfer the distributed amount into another IRA.  The IRS allows taxpayers one IRA rollover in any one year period.

Under old law, the IRS allowed one rollover per IRA in a year.  Under this rule, each IRA could be rolled over once per year.  A Tax Court case in 2014 (Bobrow) changed this rule, and now the IRS allows one IRA rollover in a year, period.  Basically, once you rollover one IRA, you cannot rollover any of your other IRAs during a year.

Under the new rule, the rollover of IRA-A will be tax free.  However, the distribution of IRA-B and transfer into a new IRA will not be tax free because Wilma already rolled over one of her IRAs in the same year.  The distribution of IRA-B will be taxable and could be subject to a 10% penalty.  In addition, contributions into IRAs are generally limited to $5,500 per year.  The transfer into the new IRA could be an excess contribution into an IRA and be subject to an additional 6% penalty.  Not good!

The IRS recently issued additional guidance on the new rule:

The one-rollover-per-year rule does not apply to a rollover to or from a qualified plan (such as a 401k).